Episode 123: Body: The Secret Language of Your Body and What It is Telling You About Stress and Longevity, with Rohan Dixit 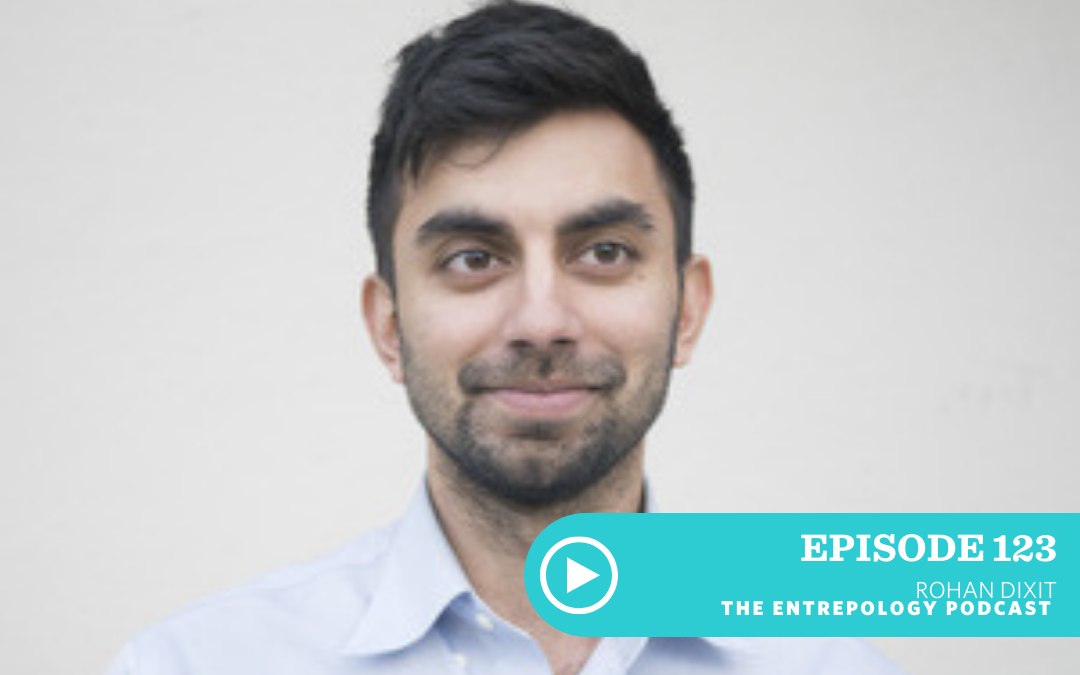 What if I told you your body has a secret language? And if you tap into this secret language, you could unlock a whole new way of accessing and utilizing your brain? And not only that, but you could also decrease your stress levels and even increase the length of your life! Well, it’s true! Your body does have a secret language, and it’s called heart rate variability. Heart rate variability is not your heart rate, but the distance between each of your heart beats on average over a minute. And the higher the degree of variability, the healthier your overall system!

As a clinician, I’ve always been deeply interested in HRV but have been dissatisfied with devices on the market to actually measure it — that is… until now! We’ve been implementing a device called the Lief at our practice that measures your HRV levels and gives you a sense of how your body is actually responding to stresses in real time, throughout your day!

And today I am sitting down with the CEO and founder of Get Lief, Rohan Dixit. And we are talking not only about his technology, but his past as a neuroscientist, and how he came to wanting to execute on this idea of giving people access to this new language within their system. Rohan Dixit is an entrepreneur, a neuroscientist (and of course, the founder of Lief), and today we are having an incredibly fascinating conversation about HRV and the secret language that exists within your body! You’re not going to want to miss it!

[3:10] Welcoming Rohan Dixit to the podcast!

[4:41] Has Rohan always been an entrepreneur?

[5:00] Rohan takes us through the journey of Get Lief.

[7:20] In terms of running a business, what have been some of Rohan’s biggest learning moments?

[8:43] What heart rate variability (HRV) is and what it indicates.

[9:52] Has Rohan seen specific patterns through the Lief that are stressing people out that he did not expect?

[11:35] Rohan highlights some of the fastest ways to increase your HRV levels through the Lief.

[13:53] The consequences and outcomes that low HRV levels are linked to.

[19:34] Asides from breathing, is there a lifestyle change that is highly effective in boosting your HRV levels?

[22:07] What we have found with our clinicians that have improved HRV levels.

[22:44] What Rohan has learned from tracking HRV regarding the vagus nerve.

[24:43] Parasympathetic vs. sympathetic dominance in the autonomic nervous system.

[25:50] How Rohan looks at the parasympathetic vs. sympathetic activity when he contextualizes the data being received.

[29:33] Are there correlations with HRV scores at night and people’s ability to sleep?

[31:21] What Rohan thinks is super cool with regards to the Lief!

Mentioned in This Episode:

Lief Therapeutics was founded in 2012 as a tool to make evidence-based research in HRV biofeedback accessible to all of us in our daily lives. Before Lief, Rohan Dixit (Founder, CEO) was researching meditation at The Harvard-MIT-MGH Martinos Center of Neuroscience at Stanford Medical Center, building machine learning algorithms from EEG data he gathered from monks in Tibet. The idea of Lief came to Rohan one day when he crafted his own personal anxiety tool with a stethoscope and his girlfriend’s bra. It was a prototype to combine mindful techniques with heart rate biofeedback. That primitive combination of materials evolved into the sophisticated biosensing patch Lief is today. (store.getlief.com/pages/about-us)

Connect with my Guest:

If you enjoyed our conversation and would like to hear more:

Please subscribe to The Entrepology Podcast on Stitcher or iTunes.

We would also appreciate a review!

If you want to be something amazing, you need to surround yourself with amazing people! The Legacy community is made up of badass women living — not leaving — their legacy every single day. If you are on a mission and get it that your health is the key to your unlimited potential — Join us on Facebook!

What if I told you that your brain biochemistry can help amplify your mindset, your capacity to be effective, and help accelerate your mission in the world? Well, I’ve pulled together a very quick checklist so that you can have a better understanding of the things you’re doing every single day to amplify your nervous system or downregulate it in a way that isn’t necessarily serving your mission. If you want access to this information and want to learn a little bit more about how you can optimize your brain health for success, visit: MeghanWalker.com/BrainHealth to grab your handout now!

Though the Lief is an incredible tool for measuring your HRV levels, there are actionable steps that you can take starting today to improve your levels! Remember to always take a step back and breathe when you feel yourself getting stressed out, get enough rest, eat well, and don’t skip your workouts! And of course, remember to follow up with us on The Entrepology Podcast Facebook page — because when you’re accountable, you’re helpable!

“The Lief is an ECG smart patch that measures your heart and your breathing. It tells when you’re stressed out, and when it does, it automatically turns on and it guides you in these vibrations that teach you how to breathe in the optimal way.”— Rohan Dixit

“[The Lief] guides you in these vibrations that teach you how to breathe in the optimal way. And that way is called heart rate variability biofeedback. So it actually teaches you how to change your body so that you can change your mind when you’re … stressed out.” — Rohan Dixit

“We’ve collected almost a billion heartbeats from users [of Lief] at this point. … And we’ve learned a ton. Everybody has different triggers.” — Rohan Dixit

“The interesting thing about heart rate variability or HRV is that it actually tracks, not only your mind but also your body.” — Rohan Dixit

“Really low HRV … may be a sign that you’re entering adrenal disease [or] a sign that you have one of any number of diseases that low HRV is associated with. … Tracking this particular biomarker is actually really helpful … for optimizing … wellbeing.”

“[Tracking your HRV] really does make a difference. You don’t have to know all of these different terms … After a while, you can learn how to internalize [these skills associated with increasing your HRV] and take [them] out with you.” — Rohan Dixit

“You can learn how to internalize [these skills associated with increasing your HRV] and take [them] out with you and use [them] when you need [them] in the world. You don’t need to wear a device for the rest of your life. These are things that are life skills.” — Rohan Dixit