From Prisoner to Prison Reformer with John Jackson 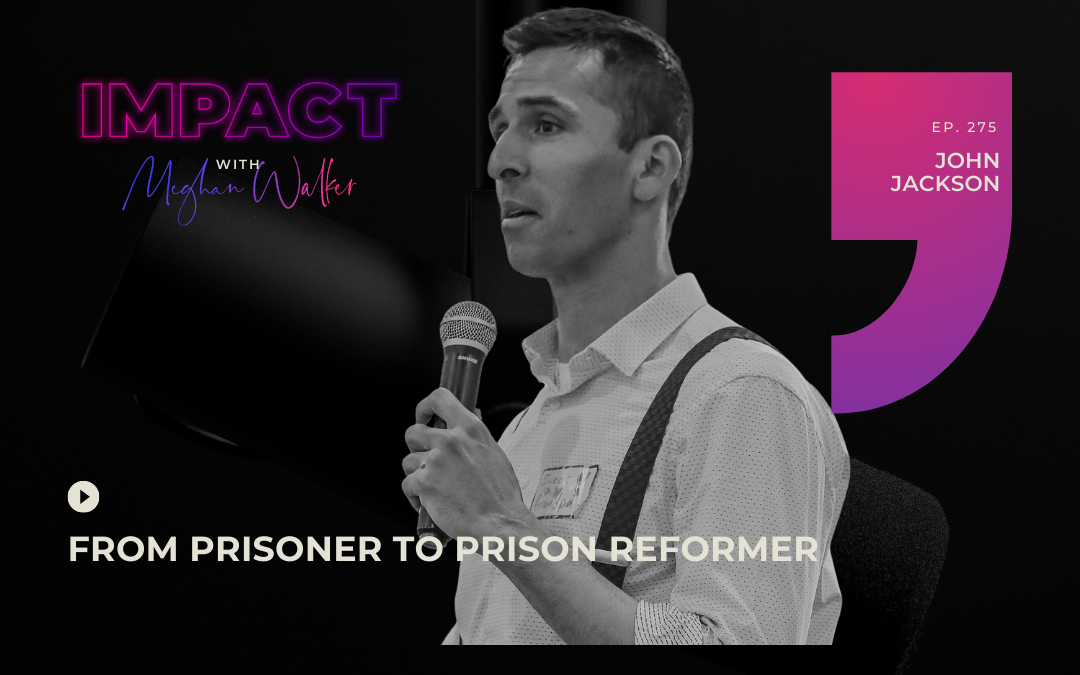 On this week’s episode of IMPACT, we had a very special conversation with a guest who is making tremendous changes in the prison rehabilitation space, John Jackson. John was incarcerated for 18 years in prison, so he shares the details that transpired his tumultuous yet inspiring and heart-warming story and how he uses his traumatic experiences to make positive change in the space of prison reform.

Everyone makes poor decisions in their lives but some decisions come at a much higher cost than others and for John, one decision got him wrapped up in the hands of the wrong side of the law. John shares the events that got him sentenced and how the prison system is created to keep offenders at a state of offending by not offering programs to effectively rehabilitate them. But now that is changing with Hustle 2.0, an organization that helps incarcerated adults and youth.

Hustle 2.0 takes a holistic approach to healing and rehabilitating because inappropriate behavior is usually derived from trauma. John has definitely changed my perception of what being a prisoner is actually like and how the prison system is built to keep people going to prison instead of actually helping. John also shares the positive side of being in a gang and how the skills he developed in the gang has helped him be the keen and fearless leader he is today. Tune in to get the full scoop!

[5:25] John Jackson’s intro to Hustle 2.0, an organization that helps incarcerated adults and youth in the US

[8:22] John’s horrific experiences that lead him to prison and making poor choices in life

[24:42] Where John found a level of courage to walk away from this gang (family) in prison

[30:27] What critical changes John wants to make to reform the prison system

WHERE TO FIND OUR GUEST:

“We take a holistic approach to rehabilitation and healing. We focus on trauma and we like to say that we’re putting lipstick on the pig by making trauma fun, processing trauma fun.”

“What makes me uniquely gifted to do that is my experience of serving 18 years in prison, being a former gang member, and misusing my leadership skills and my ability to help people; I’ve misused those skills for a very long time.”

“I never felt like I belonged to anyone. So when I got to prison, when I got to jail, I became a gang member, I got exactly what I wanted. I got my family that put me first.”

“I wasn’t even given access to get my GED until 10 years into my prison sentence; to earn any kind of education. That sets an example of what our prison system can be like here in the United States.”
~John Jackson

“Within five years, almost 90% of people who are released from prison go back to prison. That’s where my story is a little unique.”

“I know what my purpose on this earth is and it’s not to die in prison. I believe that God has given me the courage to live out my purpose.”

“Many people know what their purpose is, but knowing what your purpose is and choosing to live it out are two different things.”

“My purpose is to share my story and write curriculum for Hustle 2.0 and inspire people who are incarcerated to see that they can come out through this stronger.”

“And they can take the best out of their experiences in prison like what I got. I got leadership, grit, resilience, determination; I got all of those things from prison… and I get to use that to have an impact on people.”