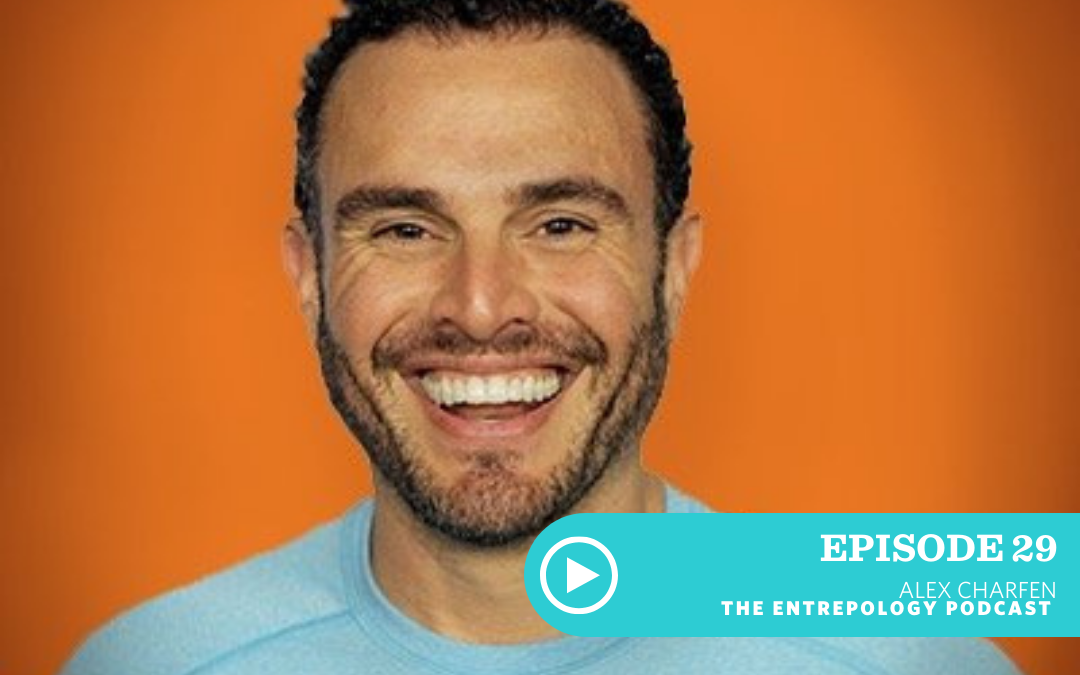 Entrepreneurs are just built differently, and we’re seen as crazy by the outside world.

Alex Charfen first became an entrepreneur during his teenage years and learned some very important lessons about business through early failures. At his peak of his financial success, he found himself incredibly unhealthy and stressed out. Understanding he needed to change, he created a wildly successful real estate business with his wife and began living life on his own terms.

Finally, when Alex was ready to sit down and write his own book to help entrepreneurs, he had to take a step back and ask himself, who exactly, is an entrepreneur? What makes someone want to even become an entrepreneur? This is how his book, Entrepreneurial Personality Type, came to be. He realized through all the years of working with entrepreneurs and wildly successful business people, they all had one thing in common. They were outliers. They were risk takers, and society thought they were just strange.

On this week’s episode, Alex discusses his book, why entrepreneurs are wired differently, and their beneficial purpose to society, and how entrepreneurs can use this knowledge to prosper in their own professional and personal lives.

[2:25] Alex has spent his career trying to figure out what makes entrepreneurs tick and, through that, he’s found that there are key entrepreneurial personality types that make us who we are.

[3:20] How did Alex first get started as an entrepreneur?

[6:15] When you read books about successful people, there are very clear distinct patterns for why these people became successful.

[11:25] At 32 years old, Alex was unhealthy and he had to make a shift in his lifestyle. He ended up opening a real estate  business with his wife.

[13:00] One day, Alex decided to sit down and write a book about all the things he’s learned about business over the years, but when he sat down to write his target audience, aka entrepreneurs, he couldn’t figure out who they really were. This shocked him. He’s worked with entrepreneurs and highly successful people all his life, how could he not know who they were?

[14:30] So, instead of writing about the book he had initially intended to, he wrote Entrepreneurial Personality Type.

[17:00] What is the Entrepreneurial Personality Type book about?

[23:55] The hunter group is the smallest group out of those four. The hunters are entrepreneurs. They are the trendsetters, but they’re also seen as intimidating and scary.

[27:25] What kinds of differences has Alex noticed between male and female entrepreneurs?

[38:45] Alex mentioned at the height of his financial success, he was at his unhealthiest. What has his health journey been like over the years?

[50:10] Take this month’s quiz at meghanwalker.com/entrepologyquiz.

[59:30] If you enjoyed our conversation and would like to hear more, please subscribe to The Entrepology Podcast on Stitcher or iTunes. We would also appreciate a review.

Mentioned in This Episode:

“We are the smallest part of the human species. The Hunters make up the smallest group, and the rest of the world simply doesn’t understand us.”

“They call us risk takers, intimidating, frightening, and scary. We do things that just don’t make sense and are illogical.”

“We’re fundamentally different from the rest of the world. We get up everyday and demand that the world improve.”

Alex has studied greatness for decades and here is what he has found: All of the notable entrepreneurs down through history have a great deal in common with each other, and, quite frankly, very little in common with the rest of the world. They share The Entrepreneurial Personality Type (EPT) with all of its quirks and idiosyncrasies. They are a restless bunch with an intrinsic need to move and build and strive. His own remarkable entrepreneurial journey reflects that.

His professional career started at the tender age of eight. Economic factors forced the emergency sale of his family’s business, making it necessary for him to start working, selling things with his dad at a local flea market. He quickly found that, unlike the rest of the world he lived in, the business environment felt safe. He innately understood it. The exchange of money for goods and services made sense. He grew and continued to learn about commerce, reading voraciously about the great business minds down through the ages. In his teen years, he began to launch and build businesses of his own, sometimes failing and sometimes wildly succeeding. His high flying Florida real estate business became a victim of the 2008 downturn, but he rebounded by turning that tragedy into a thriving business built around helping others in real estate understand the world of distressed properties, of which there were many at the time. For that, homeowners and real estate experts are eternally grateful. In fact the U.S. Treasury Office has data that shows that Alex’s CDPE process shortened the recovery of the foreclosure crisis in this country by at least five years.

Now, Alex has turned his attention and resources to what is without a doubt the most important work he believes he will ever do- helping other EPT’s prosper and understand themselves so they can make the difference that they are intended to make. His book, The Entrepreneurial Personality Type, published in 2016, has become the handbook for his restless tribe around the world looking for answers. He has obviously struck a resonant chord with his findings and his continued learning and discoveries on the subject. He’s spoken on the biggest stages, appeared on TV and in print for major media outlets such as MSNBC, CNBC, FOX News, The Wall Street Journal, USA Today, Investor’s Business Daily and AmEx OPEN Forum to provide his unique views and insights. His next book, Momentum, will publish in early 2018.

CONNECT WITH MY GUEST